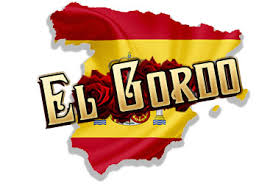 Spanish Socialist Party finally wins the lottery after disastrous political year‘Finally some luck!’ the staff of the Spanish Socialist Party probably cheered few weeks ago. After losing two general elections in just six months Dame Fortune decided that the party members would be rewarded with the a lottery prize. The ultimate Christmas present appeared to be a big win of 400.000 euros.

The end of 2016 definitely resulted in ‘happy holidays’ for the Socialist Party. It marked the end of a tough year, in which they did not have one victory. Actually, in just 6 months they’ve lost two elections ánd their leader. Perhaps the pain will be a little bit less now that the staff in Madrid won a reasonable share of the Christmas lottery. The lottery is called ‘El Gordo’ (The Fat One) for a reason, because the prize money of last year was an astonishing 2.3 billion euros. So it comes as no surprise that this a very popular lottery, that already existed in the 19th century.

The most tumultuous year in Spanish politics

In terms of money, it was a good year for the Spanish capital of Madrid. The Acacias neighbourhood won ‘El Gordo’ with the prize number 66513. However, in political terms 2016 can be labeled as a disaster. Actually, it was one of the most tumultuous years in Spanish political history. Two general elections ended without a real winner, and it was nearly impossible to form a government. After more than 10 months a minority government under the conservative leadership of Mariano Rajoy was finally formed.

The Socialist Party had to deal with the worst election in more than forty years. Party leader Pedro Sánchez even decided to quit because of the huge disappointments. At the moment, Spain is politically deeply divided. It’s not clear whether this government, with the help of the Spanish Socialist Workers Party, will be able to survive. Even Dame Fortune and El Gordo can’t fix this problem. Perhaps the good start of 2017 will turn the tide.