Like every year, the Sorteo Especial Cruz Roja of Lotería Nacional returns . It will be held on April 8th 2017 . This famous raffle has been held since 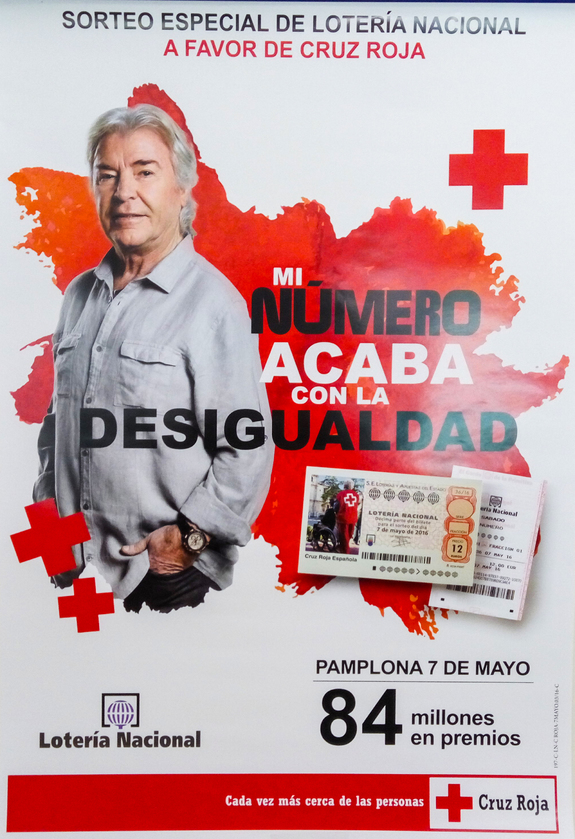 1924, when the alliance between the Spanish Red Cross and Spanish Lotteries and State Betting was held in order to help and distribute its profits, giving 50 percent of the proceeds for the institution and the other 50 percent for important health care purposes .

They will have a price per tenth of 12 euros and the percentage destined to the prizes will be 70 percent , which will add a total of 84 million euros .

The distribution of the main prizes will be as follows:

• 2 approximations of 17,300 euros , numbers before and after the first prize.

The rules of the draw is very simple, the draw is done with 5 drums. Five numbers are extracted from each of them.

This process is performed twice (for the first and second prizes or three times for a special prize).

Two more numbers are then extracted for the fraction and the special series.

Winners will be considered those who have the tenth or tenths that coincide with the winning number.

The Red Cross is an international movement that provides humanitarian aid, strives for social welfare and seeks and promotes peace .

This is why this is a lot of great importance for the organization because its benefits allow them to continue to bring hope and help to those who need it most.